Toronto - Community leaders from Canada’s three Baltic communities met with the Canadian Member of Parliament for Parkdale-High Park and Parliamentary Secretary to the Minister of Canadian Heritage for Multiculturalism, Arif Virani, in Toronto last week.

The Baltic leaders also discussed improved engagement and communications with the federal government on important issues and support opportunities.

“We thank the Canadian government for supporting the Memorial to the Victims of Communism,” said Andris Ķesteris. “Many of our community members and their families arrived in Canada as refugees, fleeing Nazi and Soviet occupation and repression. We are very proud to have been given the opportunity to make important contributions towards helping build the Canada we know today.”

“The Baltic communities are an important part of the diverse mosaic of experiences, communities and cultures that binds Canada together,” said Joana Kuras, “it is of vital importance, that we maintain ongoing communications with our government to ensure that our views and experiences are also reflected in our national discourse.” 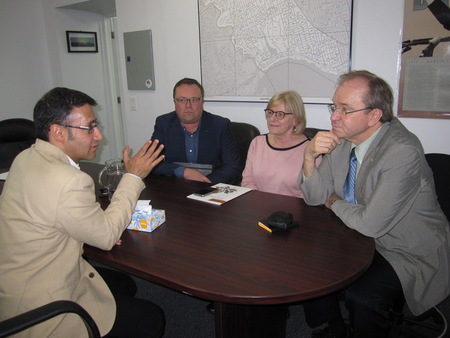