Embassy of Latvia in collaboration with Ottawa Latvian Society invite to the screening of documentary film by Dzintra Geka GOD’S LOST SPARROWS! 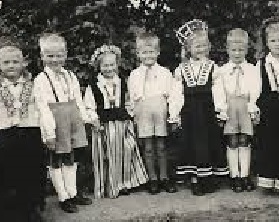 Film speaks about the destinies of Latvian families who fled the Soviet regime at the end of the World War II. In Germany they lived as refugees at the displaced persons camps and were known as “deepees” – displaced persons or Little Birds of God.