Many of you have known me for many years as the Senior Pastor of St. John’s Latvian Lutheran Church in Toronto. But starting a new role as the President of the Executive Committee of the Latvian National Federation in Canada, allow me to introduce myself from a new perspective:

My name – Fritz Traugott Kristbergs – is my history. I am an exile – physically and spiritually – not really at home anywhere, but, for that same reason, equally at home everywhere!

I was born in the last days of the Third Reich when only “authentic” German names were allowed. Thus the German name on my birth certificate. When our family immigrated to the USA, foreign names were a problem in 1950s conservative America where the “House Un-American Activities Committee” still had its effects – “Latvian? Is that like Latin-American” “Do you really speak Latin at home?” Despite success in school, sports and music, I never really belonged. And our Latvian closed community discouraged “foreign” influences. Even within the Latvian community, I had an ongoing fight to not have my name “latvianized.” Identity was ambiguous; in Graduate School, although a USA citizen, I was almost elected as president of the Foreign Students Association!

When I moved to Germany, the name issue was different – Germans wanted to spell my family name with a Ch (as was in my Danish grandfather’s family) and not a K. I spoke fluent German, but with an accent; Germans thought I was Danish! Traveling to East Germany, I always had trouble with the DDR border and police – “German name, USA citizen and passport, permanent resident in Germany – what is he doing here?” “American, Latvian, German – what are you?”

I have now been in Canada 37 years – longer than any other place in my life – and feel “at home” in the culture of Canada.  Monastery Drive in Oakville is my “home” where Lilita and I form our lives.

Latvia is my “Father (and mother) land”, but it is not my land – I have been away too long and history has left its mark. My ties with family in Latvia and with Latvia form my soul and my identity. But I am nevertheless an exile – that is simply historical reality.

In my ministry, I have tried to think and preach about our role as Latvians and Christians in the world. Occasionally I have succeeded! But the essential question remains: Who are we? Where do we belong? What determines our Latvian identity – name, language, politics, family …? Above all the other challenges of this LNFC office, my highest priority is to continue seeking answers to these questions. 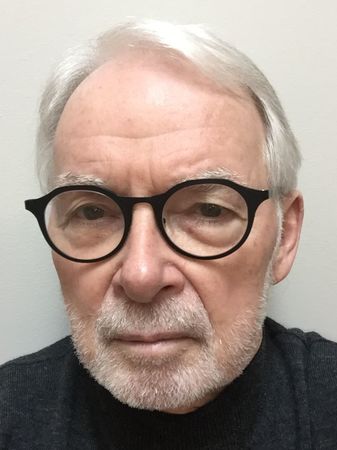