On 17 August, the President of Latvia, Raimonds Vējonis, in an official ceremony at the Melngalvju nams (House of the Blackheads), presented letters of credence to Kārlis Eihenbaums, the new Ambassador Extraordinary and Plenipotentiary of the Republic of Latvia to the Canada.

Kārlis Eihenbaums is currently Ambassador-at-Large at the Ministry of Foreign Affairs of Latvia. Prior to that, from October 2013 to February 2015, he held the post of Ambassador – Press Secretary.

Kārlis Eihenbaums has been working for the Foreign Ministry since 1993, when he was appointed Director of the Western Europe Department. His other postings included First Secretary at the Embassy of Latvia in London (1993–1996) and the Foreign Affairs Advisor to President Guntis Ulmanis (1996–1998). Kārlis Eihenbaums was in charge of setting up operations of the Latvian Embassy in the Kingdom of the Netherlands, where he subsequently served as Councillor and Ambassador Extraordinary and Plenipotentiary (1999–2003). Kārlis Eihenbaums has also been the first Permanent Representative of Latvia to the Organisationfor the Prohibition of Chemical Weapons (OPCW) in The Hague.

Following a Cabinet of Ministers decision, from February 2015 to August 2016, Kārlis Eihenbaums was the Head of the Delegation of Latvia to the International Holocaust Remembrance Alliance (IHRA).

Kārlis Eihenbaums has received several high Latvian and foreign decorations, including the Latvian Order of the Three Stars, 3rd Class, awarded in 2013 for his contribution to the promotion of Latvia’s diplomatic relations.

Kārlis Eihenbaums will hold the important diplomatic post in Ottawa at the time when the relations between both countries are increasing in intensity. The year 2016 is a significant milestone in the Latvian-Canadian diplomatic relations that were restored 25 years ago.

Canada is an important partner country for Latvia. The friendly relations between Latvia and Canada are underpinned by their cooperation in the Euro-Atlantic space. Canada has supported the NATO enlargement and announced its preparedness this year to assume the role of one of the Framework Nations as part of NATO’s Enhanced Forward Presence in Eastern Europe – in Poland and the Baltic States. Canada and Latvia are united in their wish to contribute to the strengthening of democracy and economic and social development across the globe. Latvia as a member state of NATO and the EU successfully cooperates with Canada both at the parliamentary and governmental level as well as at the level of academic, non-governmental and professional organisations. The Latvian-Canadian relations are being enhanced by the large and active Latvian community (about 21 000), united, for the most part, around the Latvian National Federation in Canada (LNAK). 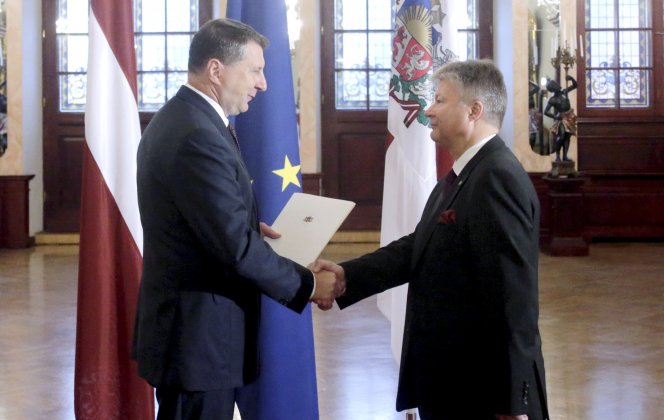