“Today, we join Latvian communities in Canada and around the world to celebrate Latvia’s Independence Day.

“Canada and Latvia enjoy a strong and positive relationship built on deep ties between our peoples, and a shared commitment to democracy, freedom, and the rule of law. More than 30,000 people of Latvian heritage call Canada home and contribute to our country’s economic, cultural, and social fabric.

“Canada was the first G7 country to recognize the restoration of Latvia’s independence in 1991, following over half a century of communist rule, and the first country to ratify Latvia’s accession to the North Atlantic Treaty Organization (NATO) in 2004. Since then, we have continued to strengthen our defence relationship: Canada leads the multinational NATO enhanced Forward Presence Battle Group in Latvia, with over 700 Canadian troops stationed in Latvia, working with the Latvian Land Forces and our Allies to reinforce NATO’s collective defence in Central and Eastern Europe. Canada has also increased our military presence in Latvia in the face of ongoing Russian aggression against Ukraine, standing shoulder-to-shoulder with our allies along NATO’s Eastern Flank. I have had the pleasure of meeting with some of the Canadian troops on the ground in Latvia on several occasions. Their presence, bravery, and determination are a testament to Canada’s enduring commitments to Latvia and the region.

“Canada will continue to work with Latvia to strengthen our bilateral relationship for the benefit of Canadians and Latvians alike. During my visit to Latvia earlier this year, President Egils Levits and I reaffirmed our countries’ shared commitment to building new partnerships, including through innovation, cultural exchanges, and scientific cooperation. In the spring, I also had the pleasure of hosting the Prime Minister of Latvia, Krišjānis Kariņš, to further strengthen our bilateral relationship and discuss the coordination of our military support to Ukraine, as well as security issues in the broader Baltic region. And through the Canada-European Union Comprehensive Economic and Trade Agreement, we will keep creating good jobs and new opportunities for people on both sides of the Atlantic.

“Today, on behalf of the Government of Canada, I invite all Canadians to recognize the continued contributions of Latvian Canadians to our great country and I offer my best wishes to all those celebrating Latvia’s Independence Day. 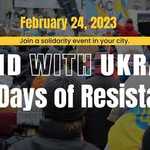 Friday, Feb. 24: Rallies across Canada in support of Ukraine 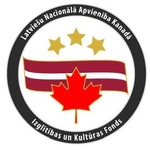 Donate to the Latvian Educational and Cultural Foundation

January 13, 2023 — Dear friends! The Latvian National Federation in Canada Educational and Cultural Foundation (ECF) is inviting you to continue your support of Latvian educational and cultural activities in Canada by joining this year’s annual fundraising “Draudzīgais aicinājums” drive.  “Draudzīgais aicinājums” or “Friendly Invitation” was begun in 1935 by Latvia’s former president Karlis Ulmanis in order to support Latvian schools and culture,... 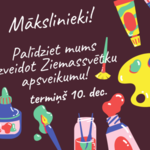 December 5, 2022 — Calling Latvian Artists in Canada The Latvian National Federation in Canada invites Latvian artists living in Canada to help us create an electronic Christmas card. We are holding a contest seeking artwork and design for the copy to convey our best wishes of the season to our community, supporters, and collaborators. Please submit sketches by midnight on December 10 to... 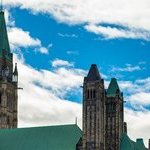 Statement by the Prime Minister on Latvia's Independence Day

November 18, 2022 — November 18, 2022Ottawa, Ontario     The Prime Minister, Justin Trudeau, today issued the following statement on Latvia’s Independence Day: “Today, we join Latvian communities in Canada and around the world to celebrate Latvia’s Independence Day. “Canada and Latvia enjoy a strong and positive relationship built on deep ties between our peoples, and a shared commitment to democracy, freedom, and... 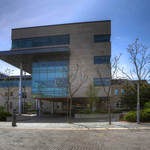 November 16, 2022 —   We are happy to announce that the Latvian flag will be raised in Guelph, Ontario on November 18 at 9 am to mark the 104th anniversary of Latvia's independence. Thank-you to Arni Miķelsons for arranging this!  Location:  Guelph City Hall, 1 Carden Street This is a welcome addition to the other flag-raising and "light-up" events across Canada.    ... 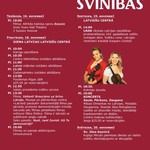 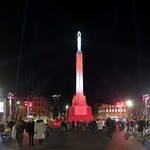 November 12, 2022 — Here is the latest LNAK e-mail newsletter including: a greeting from the Latvian Ambassador to Canada Kaspars Ozoliņš information about November 18 Latvian Independence Day celebrations across the country information about three Latvian films that will be available for viewing this month:  Baņuta  (Toronto, November 16), Valiant!  (Toronto November 18 and online on November 24, and which you can request... 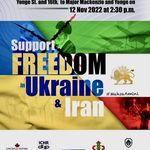 Demonstrations Saturday, November 12 in Ottawa and Richmond Hill in support of freedom for Ukraine and Iran 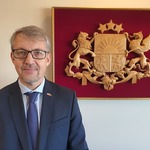 November 10, 2022 — I would like to take this opportunity to greet you on the anniversary of the Latvian declaration of independence, which we will soon be celebrating together at a number of events in Ottawa, Toronto, Niagara Falls, and Hamilton. I look forward to meeting many of you in the uplifting, festive atmosphere that our national day calls for. On November 18... 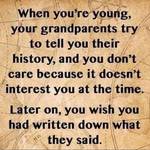 November 9, 2022 — It's been more than a year since the World Federation of Free Latvians together with support from the Latvian Ministry of Culture started to collect information about Latvian archives around the world. in Canada, so far 9 private archives have been registered - if you have archival materials at home (and we all do), you are invited to register your... 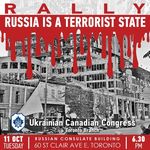 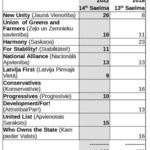 October 7, 2022 — The 14th Latvian Parliamentary elections took place last Saturday, October 1. In Canada, 612 Latvian citizens participated, 537 at one of the four voting stations, and 75 by mail. Latvians in Canada overwhelmingly voted for New Unity - Jaunā Vienotība (57%). The next most popular party was the Progressives - Progresīvie (13%), followed by the National Alliance - Nacionālā Apvienība... 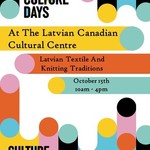 October 7, 2022 — Latvian Textile and Knitting Traditions  The Latvian Artisans Association of Canada has been active in Ontario since 1953. Its goal is not only to preserve folk art and national costumes brought to Canada by Latvian refugees fleeing Russian occupation of their country during the Second World War, but also to ensure future generations of Latvian-Canadians have the ability to practise... 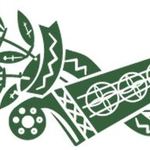 2023: Time to start thinking about the XXVII Latvian Song and Dance Festival in Rīga 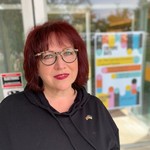 October 2, 2022 —   When the leaves turn red and cooler mornings come knocking at your doorstep, it is clear that October has arrived bringing the more culturally active season with a variety of events, quiet evenings with a book of poetry or a handicraft project.Activity also returns to the Latvian community's various activities. The dancers practise their steps as the singers exercise their...

September 30, 2022 — In Toronto, the 104th anniversary of Latvian Independence Day will be celebrated on November 19, 2022, at 14:00 at the Canadian Latvian Cultural Centre, 4 Credit Union Drive. The guest speaker will be the Latvian Ambassador to Canada, Mr. Kaspars Ozoliņš.

September 30, 2022 — On September 22, the Russian Ministry of Foreign Affairs added 87 Canadian applications to the so-called "black list" that prohibits entry into Russia. New names added include military officials, lieutenant governors, premiers such as Quebec's François Legault, and members of the country's pro-democracy nonpartisan parliamentary center. Sanctions have also been applied to Bombardier CEO Éric Martel and heads of various... 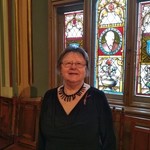 LNFC Education Section head Elizabete Pētersone invites you to celebrate your child’s Latvian heritage, as Latvian schools in Canada gear up for the 2022/2023 school year.

September 13, 2022 — September has arrived, and children and youth here in the northern hemisphere are back at school after the summer break. Schools in Latvia always start on September 1; in Canada, school starts after Labour Day weekend. Latvian schools in Canada are also opening up their doors to welcome all children of Latvian heritage. It is not just so that they... 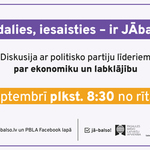 JĀbalso! Wednesday, September 14 8:30-10:00 am EDT Party Debate on the Economy and Social Welfare 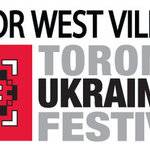 September 11, 2022 — The Ukrainian community has invited us to participate in the March of Solidarity as part of the Bloor West Village Toronto Ukrainian Festival, Saturday, September 17.  Assembly begins at 10 am (north entrance to High Park), and the March begins at 11 am, ending at Jane and Bloor at 12 pm.  We have been invited to wear national/festive dress and...